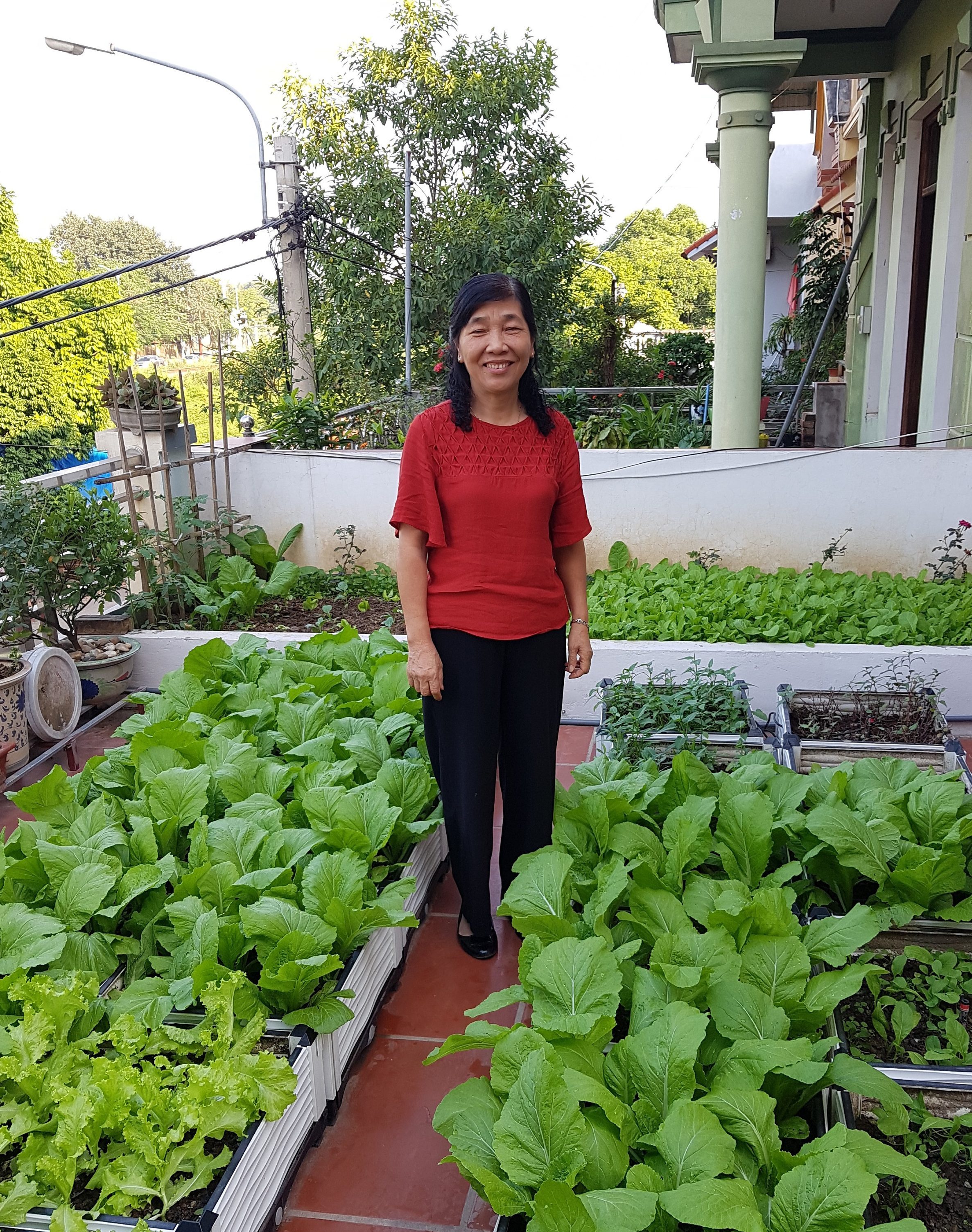 Sustainable urban drainage systems (SUDS) covers the handling of rainwater on urban surfaces and is often co-designed as part of urban green infrastructure. The project assessed the potential of implementing SUDS together with urban farming in Vietnam increasing urban areas’ resilience towards flooding while providing tangible benefits for the local communities.

During the project, technical capacity and performance of the SUDS was monitored and assessed in order to understand the retention effects of SUDS and potential for combining urban farming with flood water retention. Also, a financial assessment was carried out. A flood risk analysis was one of the main outputs of the project. It enables the city government to take flood risk into account in its urban planning. The urban farming sites were piloted at households and at a public kindergarten in the Dong Da ward in Vinh Yen city. The findings and lessons have been compiled into a handbook guidance for the use of the public and local authorities. In addition, lessons from the project have provided a solid background for the Ministry of Construction to develop their official guidance on SUDS and green infrastructure.

The project was implemented by NIRAS A/S together with the Institute for Environmental Planning, Urban and Rural Infrastructure (IRURE) and City of Vinh Yen.

The Nordic Climate Facility (NCF) is a challenge fund set up in 2009 to finance early stage climate change projects in developing countries. NCF aims to build a portfolio of innovative business concepts which have been tested, proved viable and are ready to be scaled-up and replicated. NCF is financed and managed by the Nordic Development Fund (NDF).